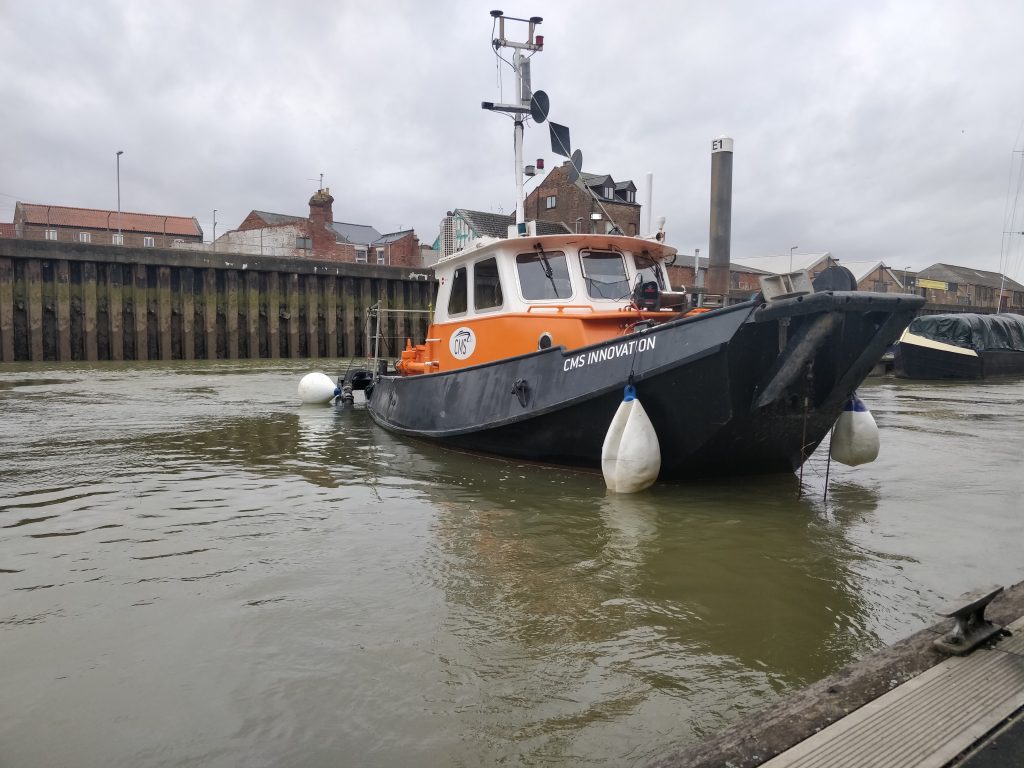 The dredging itself targeted a build up beneath the main gangway pontoon, along the sheet piled wall. This caused the pontoons to start warping. Wisbech Yacht Harbour is located on the tidal River Nene, 17.5km from its mouth into The Wash, East Anglia.

Over the last 10 years there have been a number of campaigns undertaken by a number of other contractors. These however have not been thoroughly successful and were highlighted prior to tendering. In recent CSD dredging the sediment was disposed into the main fairway. This sediment however built up causing some issues for manoeuvring vessels. Due to the flow of the River Nene peaking at 8kts, previous operators have struggled in controlling their dredgers.

Whilst the tidal and river flows at WYH are not ideal, previous contractors have also struggled with their reach, dredging all the way beneath the double width pontoons and gangways. 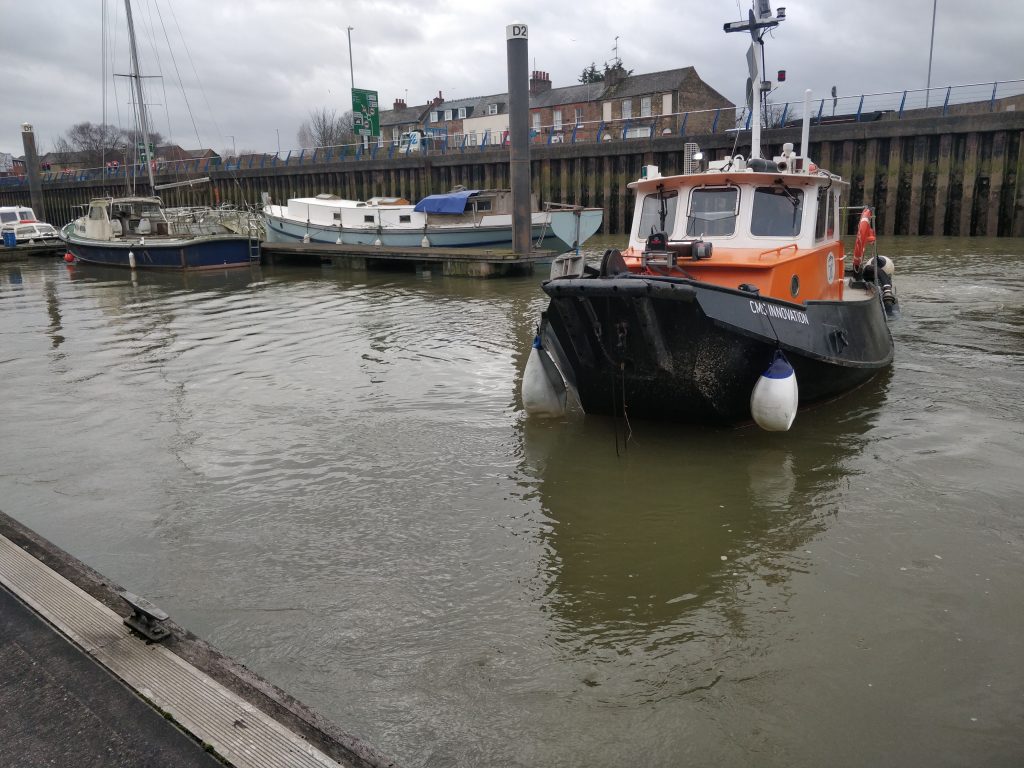 After the successful tendering CMS Innovation was mobilised to Wisbech in February 2021 from another local job. Due to her weight of only 11.5t she was lifted off at the councils Crab Marsh Boatyard. The crew attached an extension to the boom allowing Innovation to dredge up to 6m past pontoons.The aim of to project was to reduce the silt accumulation from under the pontoons back to 1m CD. The pre-dredge survey indicated that accumulation of silt within the harbour varied significantly, with 0.1m-1.5m needing to be removed. Progress was monitored each day using pole surveys.

The nature of the tides in Wisbech allowed Innovation to work an ebb tide of 8 hours. The crew of Innovation ensured they dealt with the strong flows by dredging and driving upstream to ensure that they were in full control of the vessel at all times. The strong flows also aided the process of water injection dredging, ensuring that dispersed material did not accumulate in one spot as with CSD.

Over the 12 tides, it is estimated that CMS innovation removed approximately 2,200m3 of accumulated sediment, allowing the pontoons to float freely without grounding and warping at low tide.