The Marine Group was recently contracted by the owners of Deganwy Marina to remove up to 7,000m3 of accumulated sediment from the Marina. Deganwy is situated on the North Wales coast, at the mouth of the River Conwy where siltation is a major problem. The marina is inundated every year with 6,000m3 of sediment which raises the bed by up to 30cm.

The marina operators have historically used a ‘Cutter Suction Dredger’ to remove the material but this has taken up to three months to complete and required the removal of pontoons to allow the dredger to access the berths. By contrast, The Marine Group adopted ‘Water Injection Technology’ and used its highly manoeuvrable vessel ‘CMS INNOVATION’ to complete a 16 tide campaign over 8 days. 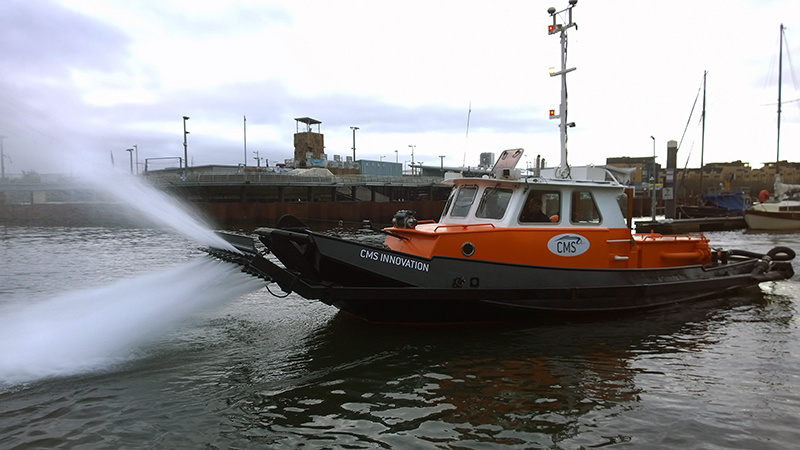 Deganwy Marina has been granted a licence by Natural Resources Wales to dredge up to 7,000m3 of silt per year. To ensure that CMS Innovation did not remove over the prescribed volumes pre and post dredge surveys were undertaken. This data was loaded onto our onboard computer to allow the crew to keep track of which areas were down to depth.

The pre-dredge survey together with the local knowledge of the Deganwy Marina staff outlined a number of areas to target. As we were limited in the volumes to be removed, it was important to take a strategic approach and not to try to clear the whole marina. It was decided to target the SE build up in the corner berths, deepen the main channels, and beneath the main walkway. 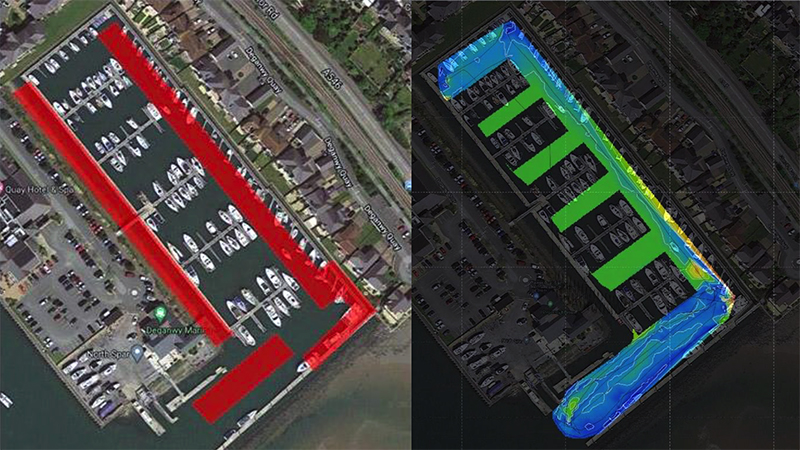 Before leaving Cardiff Marine Village on road transport the team extended the boom on CMS Innovation by an extra 2.5 metres. This allowed the dredger to dredge to a deeper level beneath pontoons without the need to remove them. 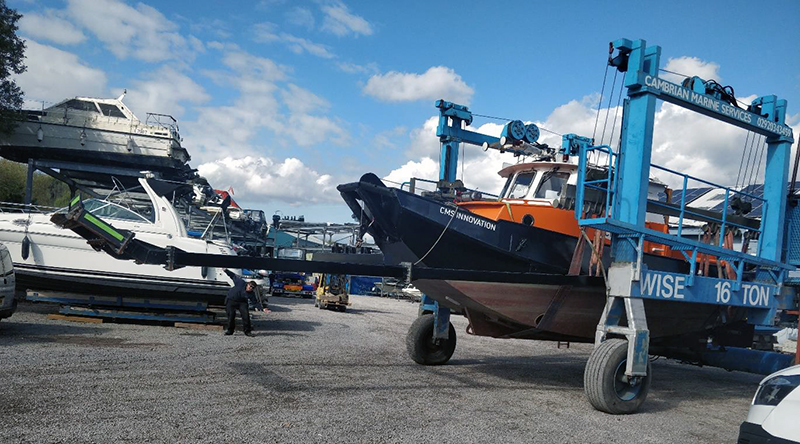 With a LOA of just 9.58m CMS Innovation is one of the most manoeuvrable and versatile water injection dredgers in the world. While under operation the only assets that have to be moved are vessels in berths to be worked; allowing the marina to maintain full operational capacity. 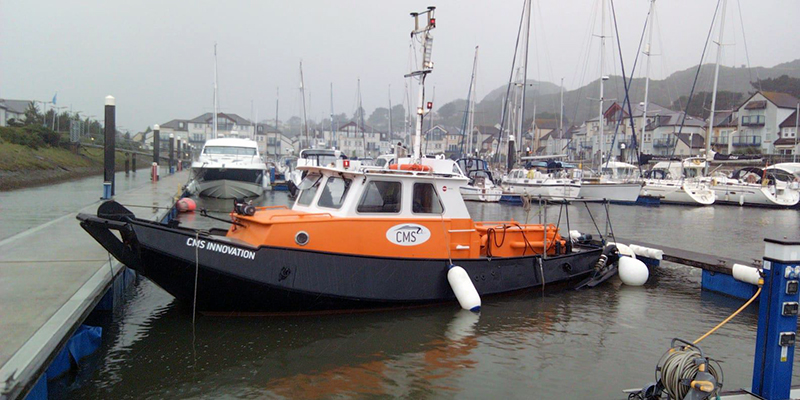 The post dredge survey is shown below. A differential survey was also constructed from the data acquired. With these two surveys and the addition of depth checks whilst dredging we are able to make reasonable estimates of the success of the campaign. 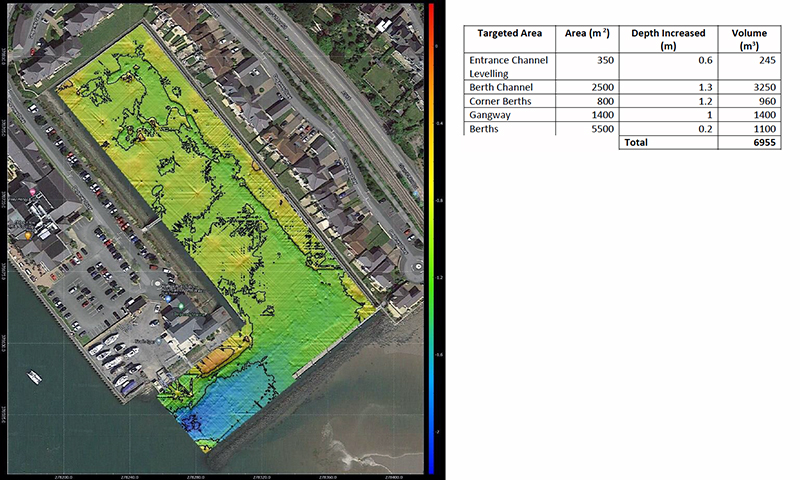