The Cardiff Harbour Festival will be playing host to the Extreme Sailing Series in Cardiff Bay from Tuesday 22nd to Monday 28th August. The global competition boasts world class sailors and breath-taking racing, as well as shore side entertainment for the whole family.

The race and training area exclusion zone (see  plan) will be marshalled by Cardiff Harbour Authority vessels during the following dates and times:

Mariners are advised that there will be limited mooring in Graving Dock No 3. Mooring will be subject to the terms and conditions displayed and with permission from the on station Harbour Patrol Vessel. There will be NO access to or from the Inner Harbour (Graving Dock) during the exclusion zone times. 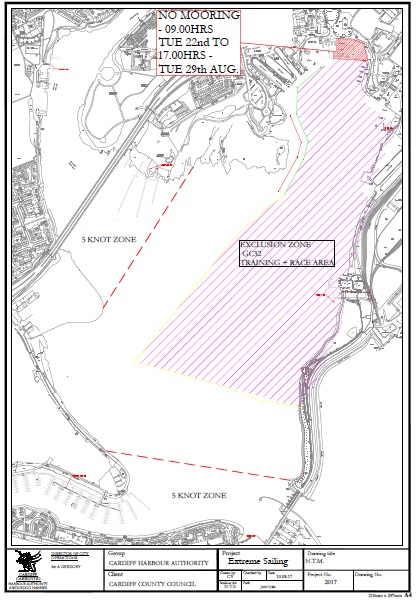